MATA are honoured to have been awarded a Highly Commended recognition in the ‘Best Training Provider’ category at this year’s Aesthetics Awards. The category was extremely competitive this year and we are especially proud to have achieved this recognition in 2017.

2017 has seen a large amount of growth for MATA, we have taken on new team members, new trainers, increased course dates and expanded our offering of courses and qualifications. Including introducing our joint initiative with DHAT – the Level 7 qualification in Applied Clinical Facial Anatomy for Cosmetic Interventions.

This qualification also achieved Commended status for this year’s ‘Professional Initiative of the Year’ at the Aesthetics Awards, meaning MATA achieved recognition in all categories we were shortlisted for.

We would also like to extend a huge congratulations to our Head of Academia and MATA trainer Elizabeth Raymond Brown who was the well-deserved winner of The Schuco Award for Outstanding Achievement in Medical Aesthetics.
With MATA winning ‘Training Academy of the Year’ at the London Hair and Beauty Awards and ‘Best Aesthetic Training & Education Award’ at the Safety in Beauty Diamond Awards earlier this year, MATA are excited to embark into 2018 with our accolades continuing our mission of providing outstanding training in the medical aesthetics industry.

The MATA team were thrilled to receive the Highly Commended award in the Training/Educational Development category at the Safety in Beauty Diamond Awards 2016!
The London White Party hosted by The Safety in Beauty Campaign was held last Saturday at the stunning Grand Connaught Rooms in Covent Garden, and hosted by the campaign’s founder, Antonia Mariconda.  With Brazilian Samba dancers, a photo booth and champagne on arrival, the event was a great night that paid tribute to those in the industry who have shown they value patient safety above all else.  MATA was launched to improve standards of training in the aesthetics industry, with safety being our priority, so this recognition is fantastic!

See you at the awards next year! 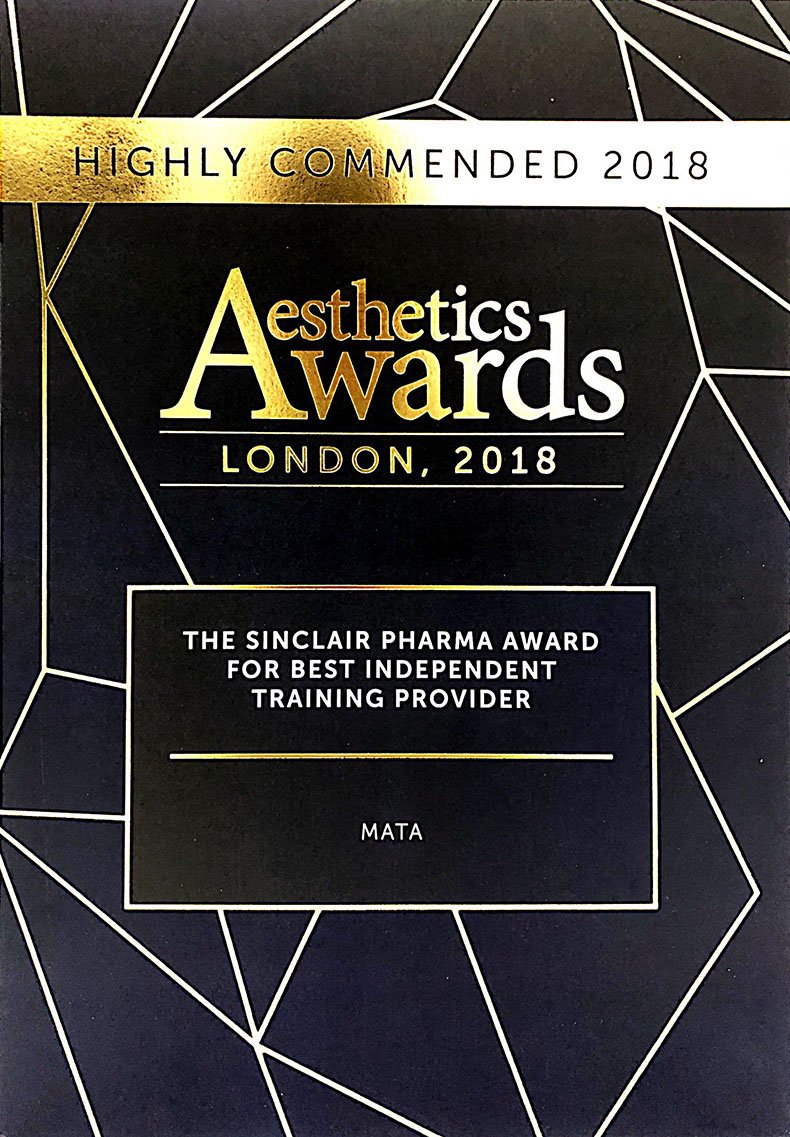